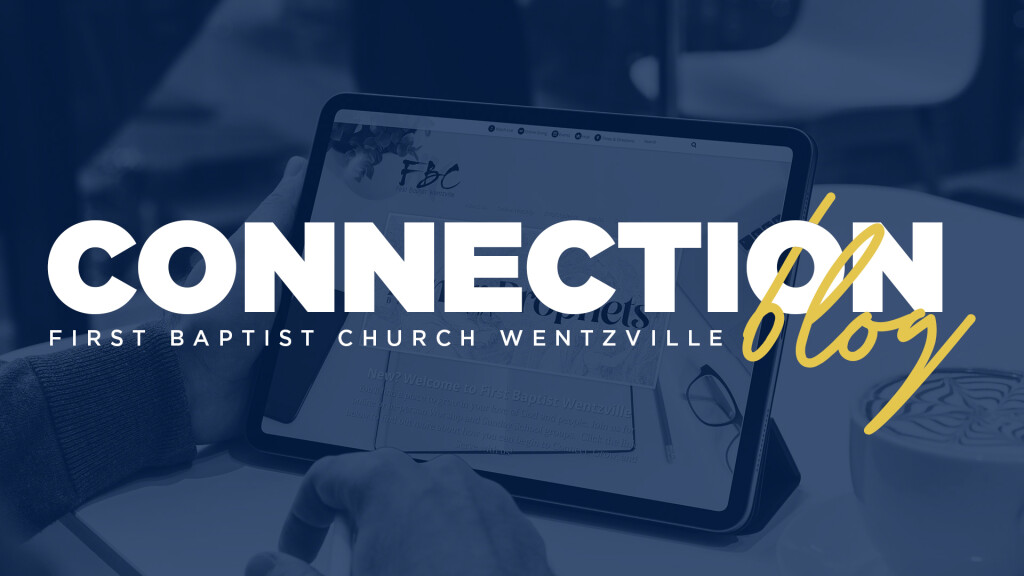 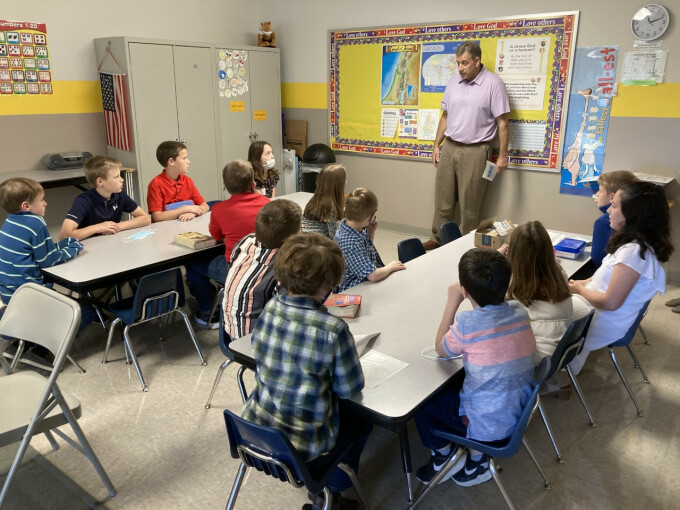 In Mark chapter 10, the Lord said “Let the little children come to me and do not hinder them, for the kingdom of God belongs to such as these”.

At FBCW we all know how important it is that we do just that, bring our children to the Lord, to know him and worship him.  We are excited about a new ministry here to help do that.  Right now at the 11:15 hour, we have “Children’s Bible Skills, Drills and Thrills” for children in grades 1 through 5. 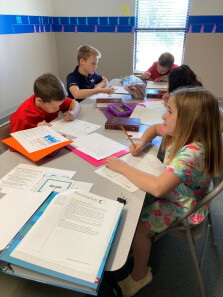 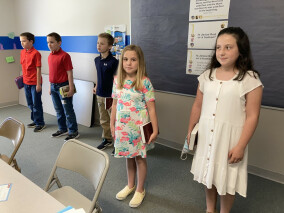 We began Sunday, April 11th, and are off to a great start.  Our kids break up into two groups, grades 1-3 and grades 4 & 5.  It’s a great time of Bible verse study and memorization, games, Bible drills, stories and fun!  Children can earn points each week and at the end of each month, cash in their points for prizes from our Bible Drill store.

If you are looking for a program to help your kids learn to read and study the Bible, to have fun and give you some “focused” time during 11:15 worship for yourselves—we have the answer. We meet upstairs in room 230 and if you hear some “ruckus”, it’s us having a great time. 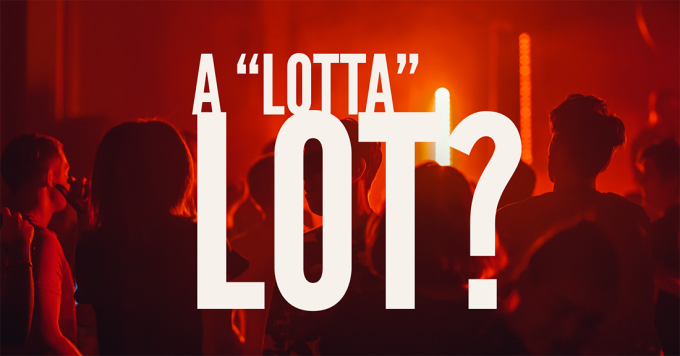 Does our society influence us more than we influence our society? How much do we compromise? Have the compromises in our lives been done so gradually and over a period of time that we have adjusted to them and now accept them as appropriate behavior? Have we lost our “cutting edge” as a child of God? Are we truly making a difference for the kingdom of God?

The Book of Genesis gives us the story of Lot and his struggle with an ungodly culture. In Genesis 11:27-31, Lot’s father Haran had died and his grandfather Terah took him along with his son Abram and Abram’s wife Sarai and set out for Canaan. They actually settled in Haran and Terah later died there. In Genesis 12, God calls Abram to leave his country, his people, and his father’s household and go to the land God would show him. Abram obeyed God’s call to leave his country, but he took his nephew Lot with him.

In Genesis 13, it became obvious this was not God’s plan and Abram and Lot needed to go their separate ways. They both had acquired too many possessions for the surrounding land to sustain, and their herdsmen began to fight and quarrel. Abram gave Lot the first choice of land. Lot made his choice based on what looked good to him, chose the well-watered plain of the Jordan, and pitched his tents near Sodom. Scripture tells us “the men of Sodom were wicked and were sinning greatly against the Lord” (Genesis 13:13). Sodom is described in 2 Peter as ungodly, and in Ezekiel 16 as arrogant, haughty, overfed and unconcerned, did not help the poor and needy, and did detestable things. In Sodom, evil flourished and was the focus, homosexuality reigned, and the city was in a downward spiral into depravity.

In Genesis 14, four eastern kings invaded and defeated five Siddim Valley kings. This defeat included seizure of all the goods and food of Sodom and Gomorrah and the capture of Lot and his possessions. Abram rescued Lot, the people, and their possessions, and defeated the four eastern kings. One would have thought Lot would have seen the mighty hand of God in his unbelievable deliverance from his enemies and would have changed the direction of his life. Instead, Lot went back to Sodom.

In Genesis 18, God said, “The outcry against Sodom and Gomorrah is so great and their sin so grievous that I will go down and see if what they have done is as bad as the outcry that has reached me. If not, I will know.” Once again, Abram (now called Abraham) interceded for Lot, approached God boldly and asked persistently and specifically for God to spare the city. God said if He could find 10 righteous people in the city, He would spare it.

This story is very familiar to us—there were not 10 righteous people in the city! God sent two angels to Sodom to warn Lot that God was going to destroy the city, and they told Lot he should warn anybody who belonged to him. When Lot went to his future sons-in-law and warned them, they thought he was joking. When the angels warned Lot to hurry and take his wife and two daughters and get out of Sodom, Lot hesitated. The angels actually had to grasp Lot’s hand and the hands of his wife and two daughters and lead them out of the city. When the angels told them to flee for their lives to the mountains and not look back, Lot still wanted to compromise and stop in the small town of Zoar. Lot’s wife also disobeyed, looked back, and became a pillar of salt. Lot’s life of compromise with evil meant that Lot not only had no godly influence on the entire city of Sodom, he also had no godly influence on his wife and daughters. His daughters learned nothing from the destruction of Sodom and Gomorrah. In fact, they had adapted so well to the evil environment in which they grew up that they saw nothing wrong with incest as a means to preserve their family line.

If we just read Genesis, we don’t get a complete picture of Lot and would probably never think of him as a righteous man. God tells us in 2 Peter 2:6-8 that Lot, a righteous man, was tormented by what he saw and heard in Sodom. (This is a good reminder for us that God sees the complete picture and we do not!) We do know that even though Lot was distressed by the evil he saw, he still did not remove himself and his family from this ungodly environment. He chose to continue to live in Sodom!

If we are honest, most of us will admit there is a “lotta Lot” in each of us, and we face the same challenges today as Lot did. In our society, there is widespread acceptance of sin, we celebrate sin, we live selfishly, we compromise, we let ourselves be persuaded and bombarded by the media, and there is the false teaching that Jesus is one of the ways to God, and God either doesn’t exist or is portrayed as too demanding and restrictive for today’s world. How are Christians to be “in the world” but not “of the world?” How do we follow God and live by His standards and yet still be able to have a godly influence in our culture? Do we feel we are too insignificant to make a difference, or too isolated right now to have any impact? While we are not to be drawn into the evil of this world, we are all still called to “go and make disciples of all nations,” which means we are to share God’s love and His Word with other people. What can we learn from Lot’s life? Don’t pitch our tents toward Sodom (evil). Don’t compromise with evil—ask God to show us any areas in our lives that weaken our witness. Don’t follow the example of Lot’s wife and look with yearning at what God asks us to leave behind. In new, untraveled waters, check with God first and let Him lead. Recognize God’s hand of protection and heed His warnings. Stay in God’s Word, pray, and ask the Holy Spirit to show us where we can be a positive influence for God with our families, friends and other people God sends our way.

Posted by Dee Schneider with 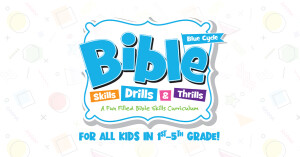 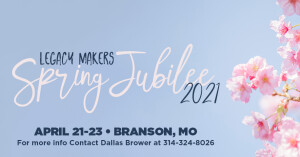 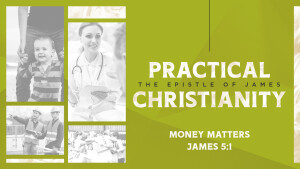